David Marshall is a painter who has lived in Chesterfield since 1997.   He studied painting in Boston and New York City and received his M.F.A. at Brooklyn College as a student of Lennart Anderson.  Marshall’s interest is in oil painting from life.   Currently he splits his time as a software engineer at UMass, a lab instructor of computer science at Smith College, and painting.  In addition to local landscape paintings, his recent work includes a set of studio paintings of guitar players and still lifes featuring a white plaster statue of Apollo.    As an avid fan of the New England Patriots, Marshall includes a small series of paintings involving New England Patriots players. 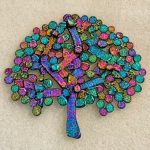