Mark Shapiro is a potter in Western Massachusetts. With an undergraduate degree in anthropology, and a half-dozen years working as a sculptor in New York in the early 1980s, he returned to his early passion for pottery which he felt provided connection, intimacy, and accessibility that sculpture, for him, lacked: pots spoke of tactility, nourishment, and community in way that was totally compelling. Moving to Worthington in 1986, he worked for a dozen years with with Sam Taylor and Michael Kline to build a wood kiln and help each other along the difficult path of becoming potters. His Stonepool Pottery has since become a hub of local and national ceramic culture.

He has trained more than a half-dozen apprentices and numerous guests have participated in his wood firings. His work was featured in the 4th World Ceramics Biennial in Icheon, Korea, and is in many public collections. His role outside the studio is well known: on panels, as lecturer, as curator, writer of articles and reviews, and as a leader of numerous workshops. His interviews of Karen Karnes, Michael Simon, Paulus, Berensohn, and Sergei Isupov, are in the Smithsonian Archives of American Art, and he edited A Chosen Path: the Ceramic Art of Karen Karnes (UNC Press 2010). On the advisory board of Ceramics Monthly, and a contributing editor to Studio Potter Magazine, he is a founding member of the POW! (Pots on Wheels!) collaborative, and director of the Apprenticelines Project, which seeks to promote and expand apprenticeship.

A 2018 Smithsonian Artis Fellow and 2020 Center for Craft Research Fellow, Mark is currently co-curating an exhibition on 19th-century African American potter, Thomas W. Commeraw that opens in January at the New-York Historical Society. 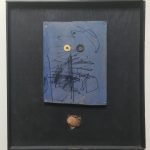 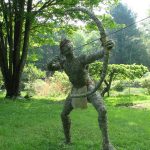