Susan Flores was educated at Pomona College, UC Berkeley, and UCLA until she ran off with her husband-to-be sculptor Gene Flores in 1962. Together they built their homes, a store front in Los Angeles, a cabin in the high desert, and a house and studio in rural Santa Cruz. In 1979 a planned nine month urban experience for the family in lower Manhattan became an eight year adventure, including, of course, building out a loft.

While living in NYC Flores returned to her earliest form of art, photography, documenting the absence of  nature in her life.
In 1986, the year before moving to their camp in Plainfield MA, she began designing contemporary furniture in metals ( steel, stainless steel, and fabricated bronze ) which was sold at the pioneering “Furniture for the 20th c.” in NYC and “Mimi London” in Los Angeles. After moving to the Berkshires, she transitioned to art furniture which was shown at Howard Yezerski Gallery in Boston and Ute Stebich Gallery in Lenox.

For the last fifteen years she has collaborated with Gene Flores on a series of commissions including  “Memorial to the Events of September 11th, 2001” in Rockville MD, and “Oasis” at NIH in Bethesda, MD. They also created “Little House to Honor a Request for Poems”, a writing hut which traveled to ten towns in Western MA inviting the public to write and to read the writings of others.

Currently Flores is working on ideas that are informed by nature, thoughts about the four years in her early 20’s living off grid overlooking the Mojave Desert, and extended research into family history. She ruminates about the patterns you don’t see, time, what’s hidden, what’s lost, and how two completely different things can yet be the same. 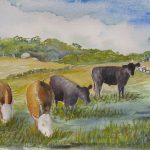 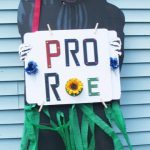