Scott Heyl is a landscape painter working in oils.  His studio is located in the historic Jonathan Woodbridge House at the “Corners” in Worthington, Massachusetts.  His painting style has been described as both “tonalist” and “luminist”.  Artists whose work have influenced him include Asher B. Durrand, George Inness, John Henry Twachtman, Henry Ward Ranger, Dwight William Tryon and Claude Monet.

Mr. Heyl received a degree in Fine Arts from Colgate University.  He went on to study architectural conservation in London, England before launching a career in historic preservation.  From 1981 through 1995 he had a preservation design and restoration practice in Northampton, Massachusetts.  In 1996 he was appointed Executive Director of the Historic House Trust of New York City.  He simultaneously served as the chief of preservation for New York City Parks.  In 2001 he was appointed as President of the Preservation League of New York State.

Mr. Heyl returned to the Hilltowns to complete the restoration of the Woodbridge House, a Georgian mansion built in 1806.  American poet William Cullen Bryant began his career here, studying law with Judge Samuel Howe from 1811–1814. 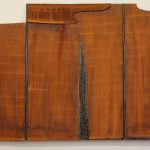 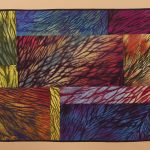