I was born in Middletown, Connecticut and lived in Portland, Connecticut until the third grade. My family then moved to a house in East Haddam, Connecticut. Both of my parents were artists and weekend outings from a very early age consisted of going on landscape sketching trips with them and my two brothers and sister. My father was my Middletown High School art teacher until his death at the end of my sophomore year, at which time my mother took over his position and was my art teacher for my last two years of high school. I attended the Hartford Art School drawing classes for high school students my senior year and my instructor was Pete Mclean. Upon my graduation from high school I enrolled in Boston University School for the Arts and graduated with a BFA in 1970 and an MFA in 1972. I also married Barbara Peterson in 1970 whom I had met in the third grade in East Haddam and who has just retired after 45 years of teaching at the Gorse Child study Center at Mount Holyoke College. After receiving my MFA, I accepted a teaching position at Amherst College in Amherst, MA, re-uniting Barbara and me with the Connecticut river valley. We moved from Amherst to Worthington thirty years ago. I continue to teach at Amherst College as the William Mead Professor of Art. I am represented by William Baczek Fine Arts in Northampton and the Rolly-Michaux Gallery in Boston.

My painting is grounded in exploring particular qualities of life and gesture I perceive in the natural world. These elements evoke for me a haunting distillation of the human condition. Initially, I work directly from nature, often being drawn to complicated environments of overlapping shapes, forms and color which challenge me to discover highly charged organizations embedded in the overarching atmosphere and light. Subsequently, I work in the studio where I temper my direct observations by relying on memory and imagination. The common pursuit in all of my work is to uncover the metaphorical seam that exists between the literal aspects of the motif and its hidden evocative qualities, and to establish through the language of paint, a unique presence of mood and gesture not limited to the sum of its parts. 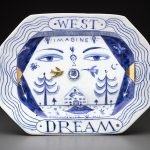 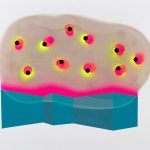