Judith Bowerman grew up in Michigan near Lake St. Clair and the Detroit River where she was first drawn to the quietude of water. After attending college near the dunes of Lake Michigan, she moved to Northern California for further training in painting and printmaking. The Pacific Ocean taught her about the absolute power and drama of water, and the coastal redwoods inspired her with a new sense of sublime scale. Longing to return to four distinct seasons, she moved to Western Massachusetts one snowy November and did not see green grass until after the mud season in early April the following year.

In the 38 years since, the perpetual yet unpredictable seasonal changes of New England have continued to captivate her. She lives on a farm in Cummington Massachusetts, surrounded by gardens, pastures, woods, streams. grazing sheep and a massive glacial rock. 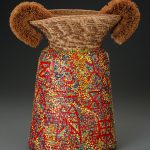 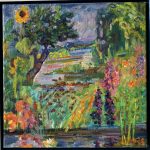