Gene has been a maker of things since he was four years old – he says he was lucky enough to have a father with a garage full of hand tools that he let him use on his own.  He studied architectural engineering but left college in 1957 to make steel sculptures and work as a barista in Monterey, CA.  He opened a tea house and gallery in Pacific Grove, and then a small gallery in Carmel. Over the years in his native California he had studios in Los Angeles, the high desert in Tehachapi, and Santa Cruz.  He made decorative work, architectural commissions, jewelry, furniture, toys, kinetic sculptures, figurative pieces, light fixtures, chandeliers, candelabras and non-objective art, managing without a “real” job.  Along the way, he developed an extensive vocabulary of metal working techniques that are the basis for much of his mature work.

In 1979 he moved with his wife and two sons to New York City for a year which became eight years.  They again built a studio and home, this time in a downtown loft.  He began an entirely new body of work in 1980, sculptures discussing the landscape that he continues to make today.  In 1987 they moved to Plainfield and built their last home and studio, returning West for a stay on the desert most years.  He works primarily in fabricated metals:  steel, stainless steel, and bronze plate.  In addition to his landscapes he also occasionally builds kinetic sculptures.

He has shown in galleries, done commissions, and has worked with his wife Susan on projects for the public. 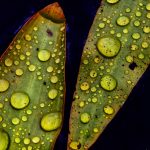 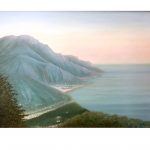