Raised on a dairy farm south of Rochester, NY, Andrew left school at age 15 knowing he would become an artist. Between farm work he would sketch and paint, often copying masterworks from a growing collection of books. He left the farm in 1977 in an old pickup truck loaded with his books, pencils, paper and painting supplies. After traveling the states, he settled in Denver and launched his professional vocation in an intensive study of motion by sketching dancers in a ballet company, seeking to capture every nuance of their movement. Andrew’s considers this love of the dance “spirit” the foundation of his art. At the urging of the artistic director of the company, he tried his hand at sculpture, whereupon he found his true passion. Andrew calls that moment when he first put clay in his hands, “an epiphany!”

Between 1979 and 1983, Andrew embarked on becoming proficient in the craft of metalwork. Like many Renaissance sculptors he is a master of the intricacies of lost wax casting. This is the ancient process of transforming an original model of clay or wax into the arresting beauty of a bronze sculpture. Andrew is one of a handful of artists today who cast and finish their own bronze creations.

In 1984 Andrew travelled to Europe to view in person those works he had only seen in books. A year was spent drawing in museums and piazzas. While in France he enrolled in the only formal training of his career, six months of study at the Paris-American Academy, an experience Andrew considers central. “Like my time in the ballet studio” he remarks, “Paris will always have a profound influence on my art.” DeVries returned to the states in 1985 to settle in the Berkshire Hills of Middlefield, Massachusetts where the aesthetics of river, mountain and wildlife nurture the creative spirit. Along with his father, he built his first studio and began casting bronze there in 1987.  From 1996 to 2003 he was the artist in residence at the Chesterwood Museum in Stockbridge, MA. In 2002, along with gallery director and wife Patricia Purdy, he established DeVries Fine Art International, Inc. in Lenox, MA, a gallery devoted to the exhibition and sale of his sculpture and paintings.

Andrew’s career has grown over the last four decades and he now has works in private and public collections spanning five continents. On his website, www.andrewdevries.com you will find a video where you can view in detail the process he uses to create sculptures and cast them into bronze. You can also join our mailing list for notifications of events at either the artist’s atelier or his gallery in Lenox. Follow him on Facebook and Instagram at: #devriesfineartinternational. 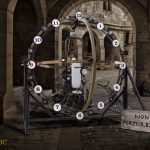 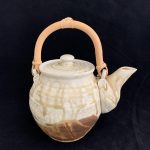